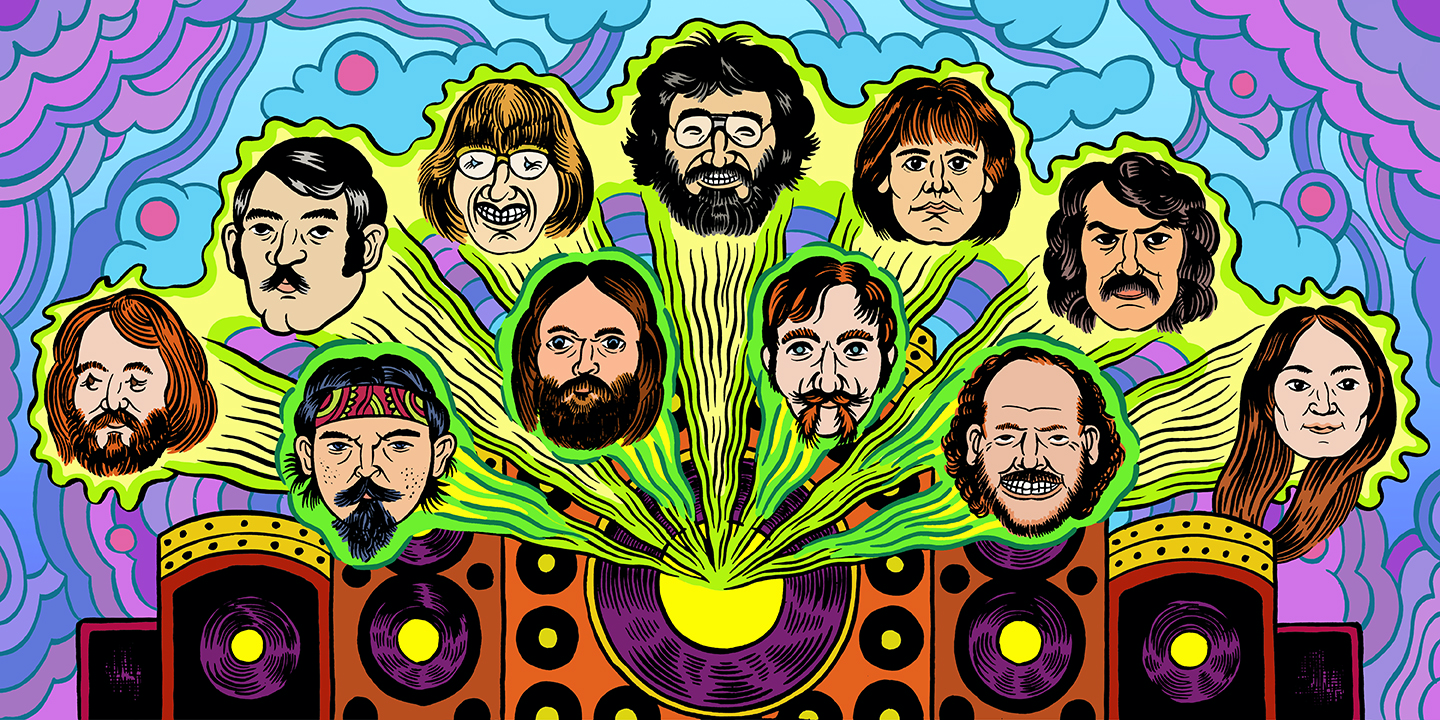 Stay up to date with insights from the experts at Novvum

Decades of experimentation, improvisation, and an unwavering dedication to their fans–the original Jam Band–the Grateful Dead, created a legacy that none have been able to replicate. This article will explore the unconventional (and often unintentional) marketing success of the Grateful Dead, and will show why the brand is still kicking, even if all of the original members aren’t. Let’s take some lessons from a band beyond description, one that helped to define (and redefine) the counterculture movement.

Touch of Grey: Why Fans Keep Coming Back

If you learn one thing from the Grateful Dead, remember this: everything you do is for the fans.” This is a quote from David Meerman Scott, the author of Marketing Lessons from the Grateful Dead: What Every Business Can Learn from the Most Iconic Band in History. “Always prioritize your customers as the most important part of your business. The more you give and the more generous you are, the more that comes back to you and your business. This is a general rule of thumb that worked for The Grateful Dead.”

The Grateful Dead’s product is a unique experience at every show and a message of “peace and love.” While most other bands of the era profited off record deals, the Grateful Dead’s success was based around filling every venue to maximum capacity, no matter the city. Their success is largely due to understanding early on that their “product” was the unique, live music that they created at each and every concert. And these experiences created a loyal fan base who were, in turn, eager to promote the band themselves.

Their “alternative product” dictated that the band follow an “alternative business model” that prioritized optimizing tour revenue. The fact that this business model did not yet exist hardly slowed down the Dead, who were never shy about taking a chance and always jumped into the deep end of the pool first. While the vast majority of other bands didn’t know who their customers were, or where and how to reach them, the Grateful Dead created the infrastructure and distribution channels so that they were able to more-or-less invent the “direct to consumer” market, and began selling tickets directly to their fans.

By taking control of their ticket sales, the Grateful Dead could help to ensure the continued support of their most loyal fans, better control their messaging and branding, as well as to begin to build a mailing list for other advertising and merchandising opportunities. Decades before the word even existed, the Grateful Dead created a “freemium” service that provided generous, free benefits; and the fans were enthusiastic to return the generosity. Anyone who wrote in to the band could join their mailing list and receive newsletters, promotional materials, and the opportunity to purchase coveted seats before the general public. The Grateful Dead succeeded because they created a direct communication with their customers and gave them something to talk about.

Arguably, the Grateful Dead unintentionally created the first viral marketing campaign by allowing their fans to record live shows. While almost all other bands prohibited any type of recording on their live shows, the Grateful Dead encouraged their fans to do so and even created a special section that was bad for viewing but perfect for audio recording. The intent wasn’t to market their live shows through cassettes, but to do right by the fans, and so long as the recordings were not sold, the band was happy to oblige. As a consequence, the music shared around created hype and cult-like following. Fans would share these tapes around, as collectibles for loyal fans, and introductions for new fans that would then attend a show. This “freemium” business model, combined with a fan-led “content marketing strategy,” meant that as long as the band was playing live concerts they would always have a “free” source of marketing content AND a “free” pool of active marketers.

When the fans started selling unlicensed merchandise, instead of shutting it down, the Grateful Dead saw an opportunity to collaborate with the vendors to grow their brand awareness. The enthusiasm of the Deadhead fanbase collected, at times, several thousand people to tour with the band. These fans would become food, beverage, and apparel vendors. The Grateful Dead chose a fan friendly method of handling the unofficial vendors and created licensing agreements that allowed the use of the brand for a fee. As a consequence these vendors would create unique and specific merchandise that catered to the audience by creating items like baby clothes, ceramics, and shoes.

Most companies want to control how they are perceived, but the Grateful Dead were able to have success by allowing the fans to direct the brand’s image. The Grateful Dead took on an authentic reputation as the “fans first” Jam Band. The free content allowed more people to be exposed to the band and, consequently, more likely to go and see them live. While the band created new music, their fans were sharing stories of their experiences like missionaries, converting friends into Deadheads. 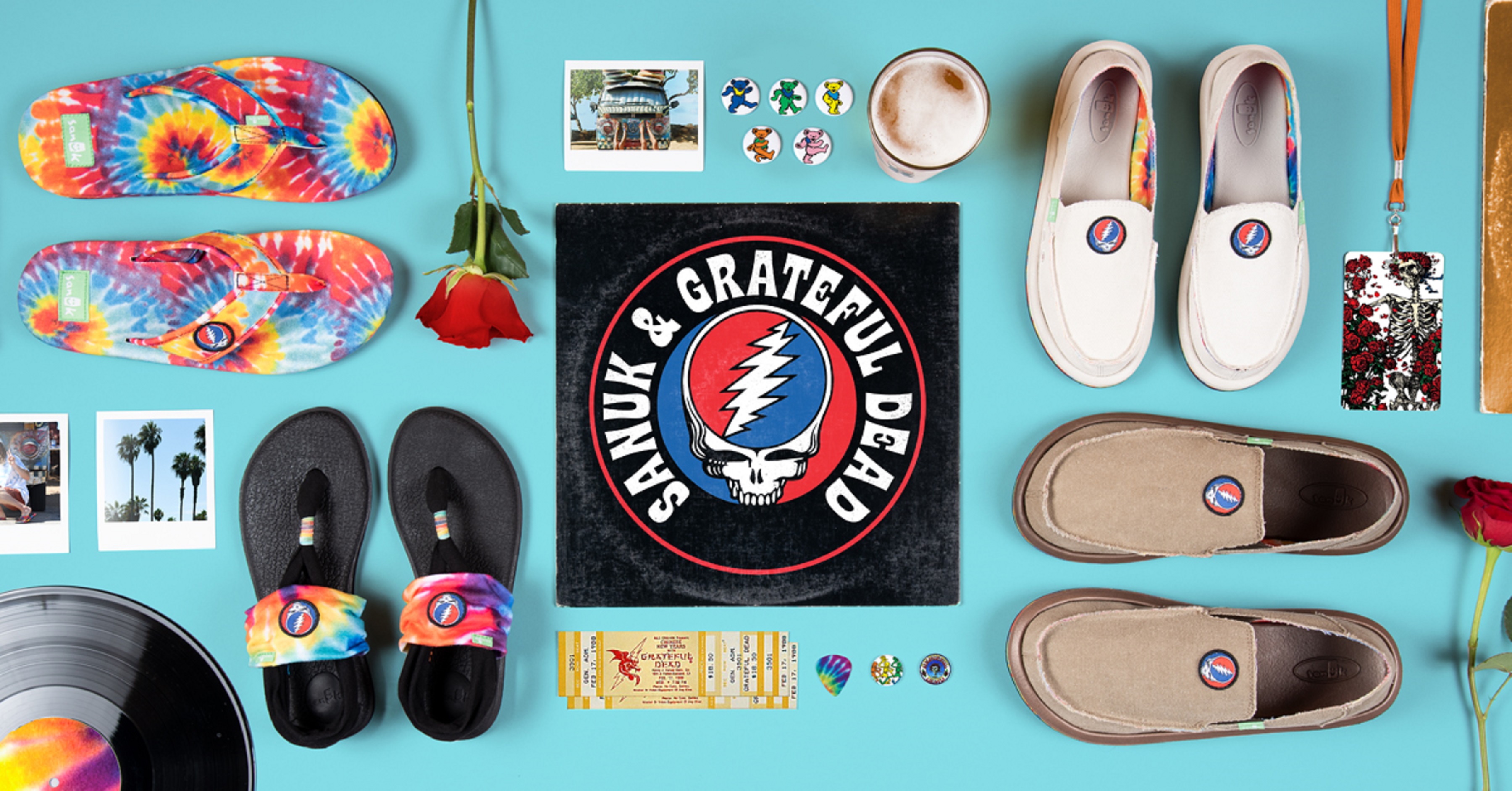 Test of time: Keeping Together while Decentralized

The Grateful Dead wasn’t a group of musicians, it was a community that connected through music. The band was run like a decentralized organization–another innovation that the Grateful Dead brought to the music industry, but this time they were revolutionizing organization structures. They weren’t a band of stars, or a band that lived and died around changes made at the top, but their commitment to the music and message ensured that the brand continued to have success even if many other things changed. They were able to pivot because the band collaborated with passionate, inexperienced musicians as well as experts, allowing for their improvisational music style to stay fresh and to take on a life of its own. This same ethos extended throughout the organization, agents and management changed as frequently as their music style, but no matter the band’s popularity through the decades, the Dead were always able to weather the storm.

The integrity of the organization, and community at-large, was tested in 1995. Thirty years after the band’s formation, the de facto “front man,” Jerry Garica, died unexpectedly. For just about any other music group, the loss of the lead is enough to break up the band. However, the Grateful Dead is not Jerry Garcia, the same way Apple isn’t Steve Jobs; these companies hold a greater mission and message that lives on past their founders. Because the Grateful Dead created a culture of collaboration, improvisation, and community their brand continues to sell merchandise and several incarnations of the band continue to sell out arenas to adoring fans.

By letting go of control of and prioritizing their customers, the Grateful Dead created an organic culture that prevails through generations. Their fans became their patrons, investors, marketers, and greatest proselytizers. The Grateful Dead’s commitment to generosity and providing a “freemium” service to their loyal fans always repaid the musical company ten times. Next time you’re planning your next marketing campaign, think about taking a page from the Dead’s songbook…and if you get confused, listen to the music play.